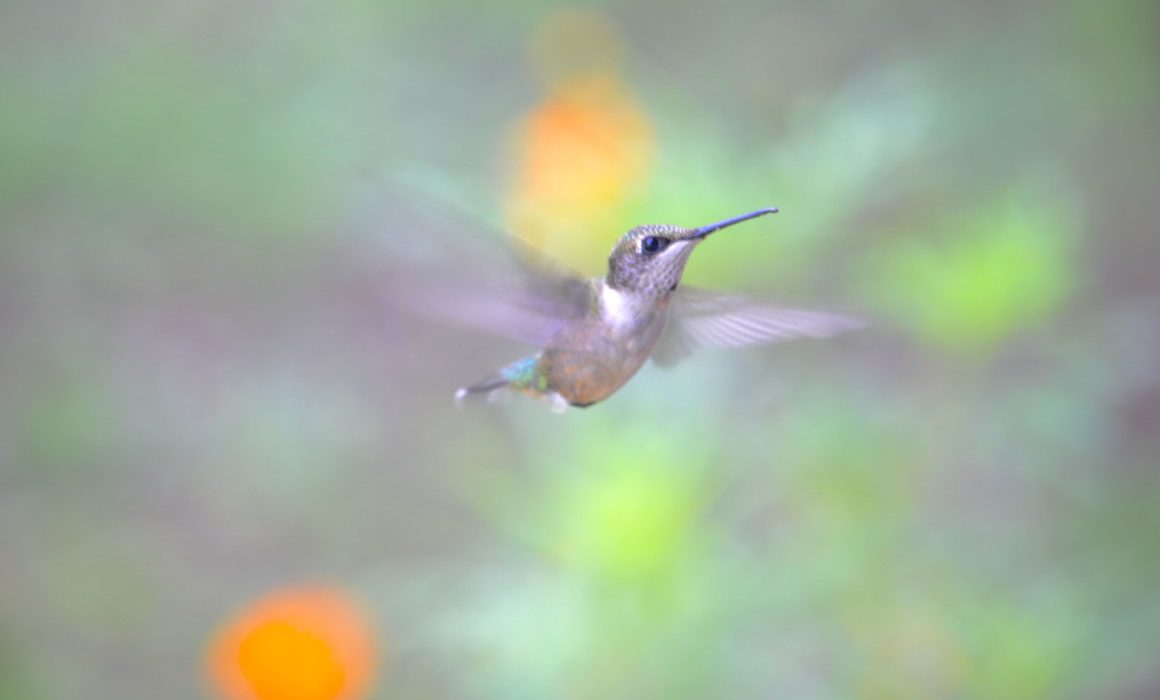 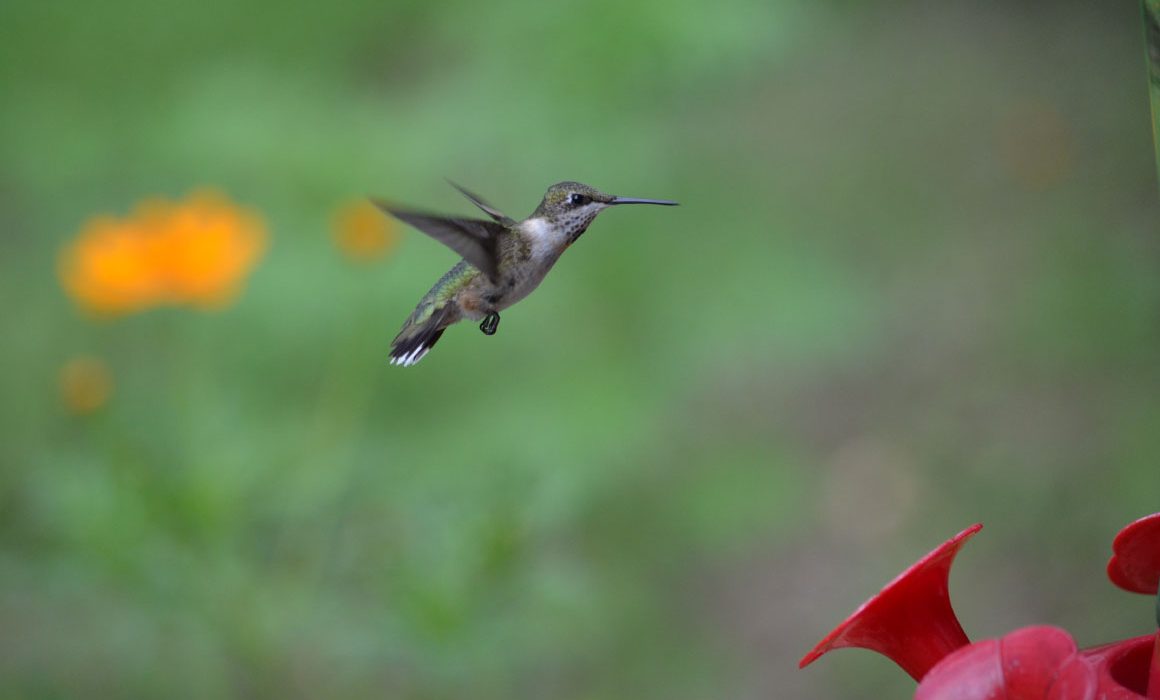 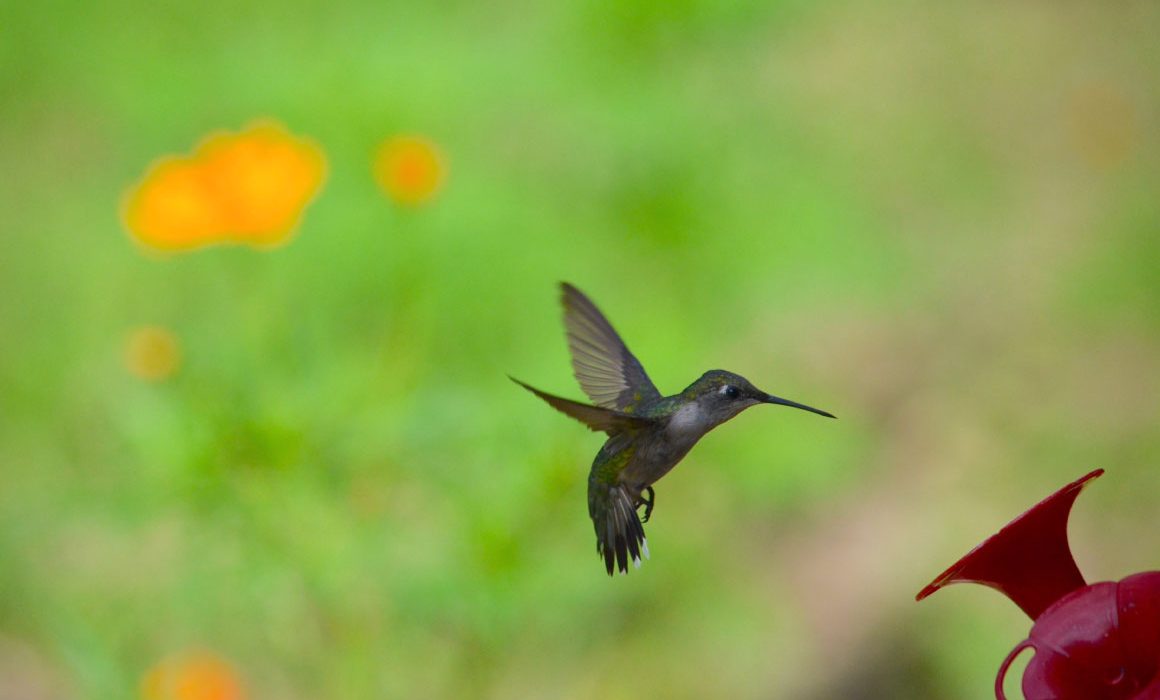 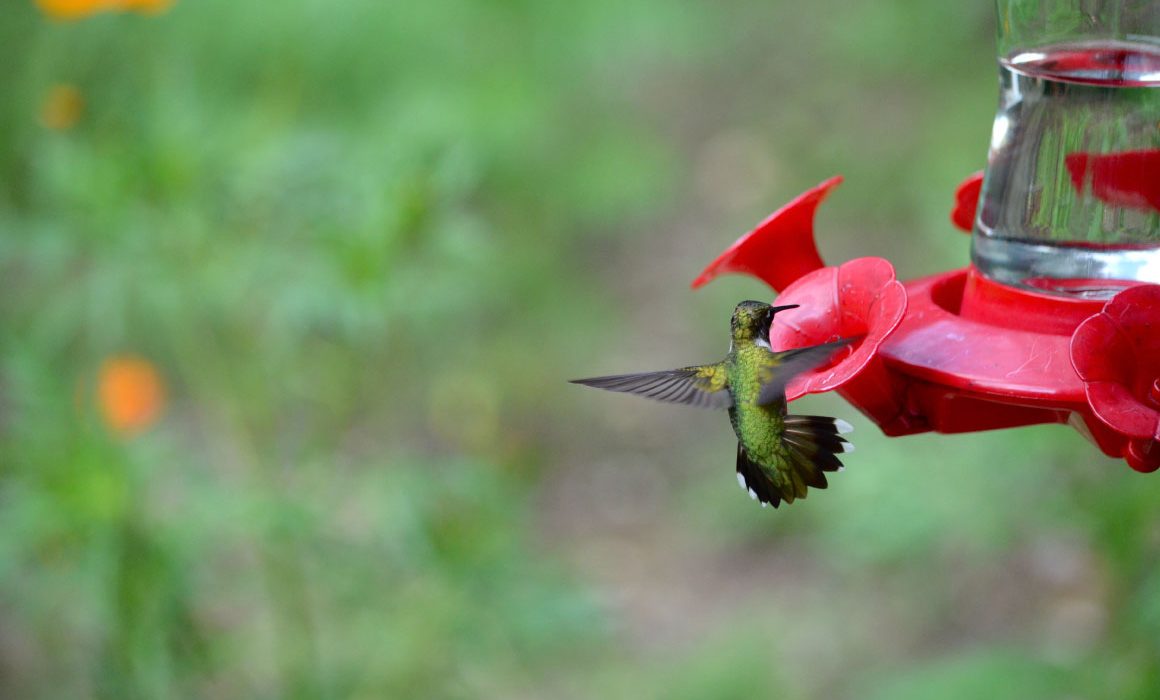 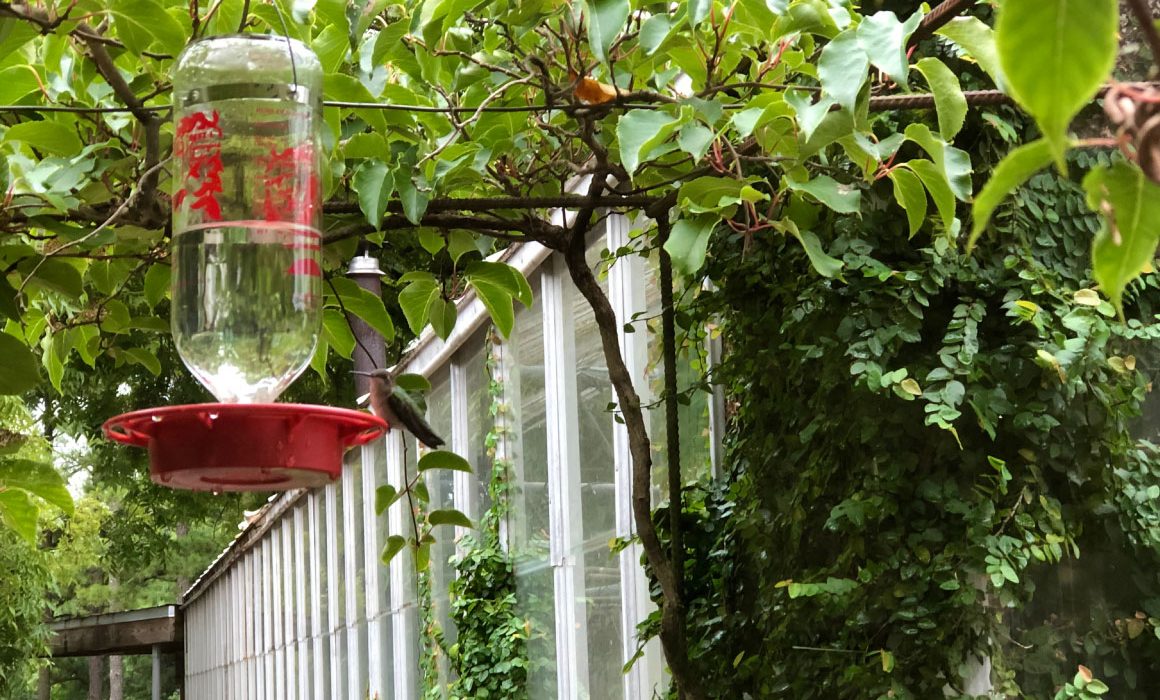 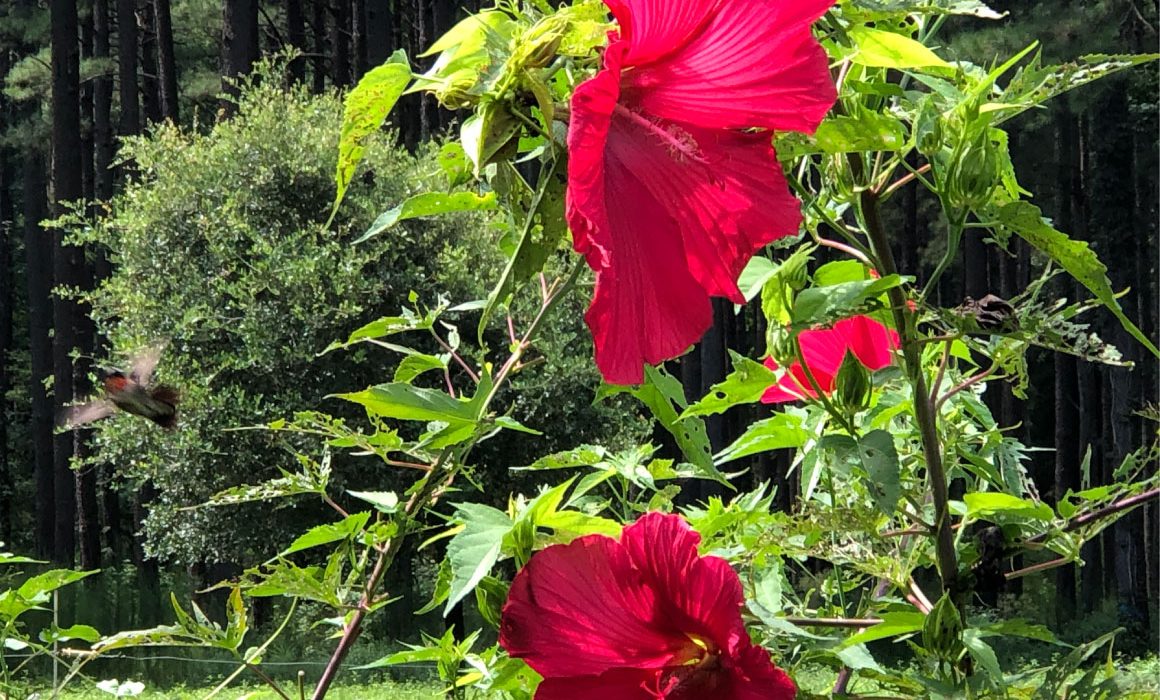 Every morning in mid-August, around sunrise, we are greeted by some of our favorite friends — the hummingbirds. They dive and dance and chase each other on and off the feeders in a frenzy of activity. They are feeding hard now in preparation for their departure in September–October. Some appear to have potbellies, from all the excessive feeding, but they are pregnant females giving way to the next generation. And it’s these hummingbirds, hatched here and those hatched before, who will return when next winter retreats.

There are quite a few varieties of hummingbirds that are summer residents across the lower 48 states and Alaska, but, at this time, in the North Carolina Piedmont, we have just one consistent species present — The ruby-throated. These beautiful birds have iridescent green plumage that surrounds the upper wings and back of these tiny birds like green moss on the bark of a north facing tree. And the males have a beautiful warm colored throat, all to itself, that only nature could create. Their wings beat — actually rotate like the blades on a helicopter — at around 50 times a second allowing them to hover in place. And they are the only bird known to be able to fly backwards. Ruby-throated hummers are capable of flying hundreds of miles in just one day. Impressive for something that weighs around a penny.

AnLe embraced the hummingbird years ago. In early spring she breaks out the jars and feeders in anticipation of our friends arrival, and declares it officially spring when the first hummer appears end of April. Like farming, the level of activity with hummingbirds builds and builds until the summer growing season eventually ends. Then, like the hummingbird, it’s time to pack your bags and steal away to another place and time.

Like children leaving the nest — you miss them when they’re gone.